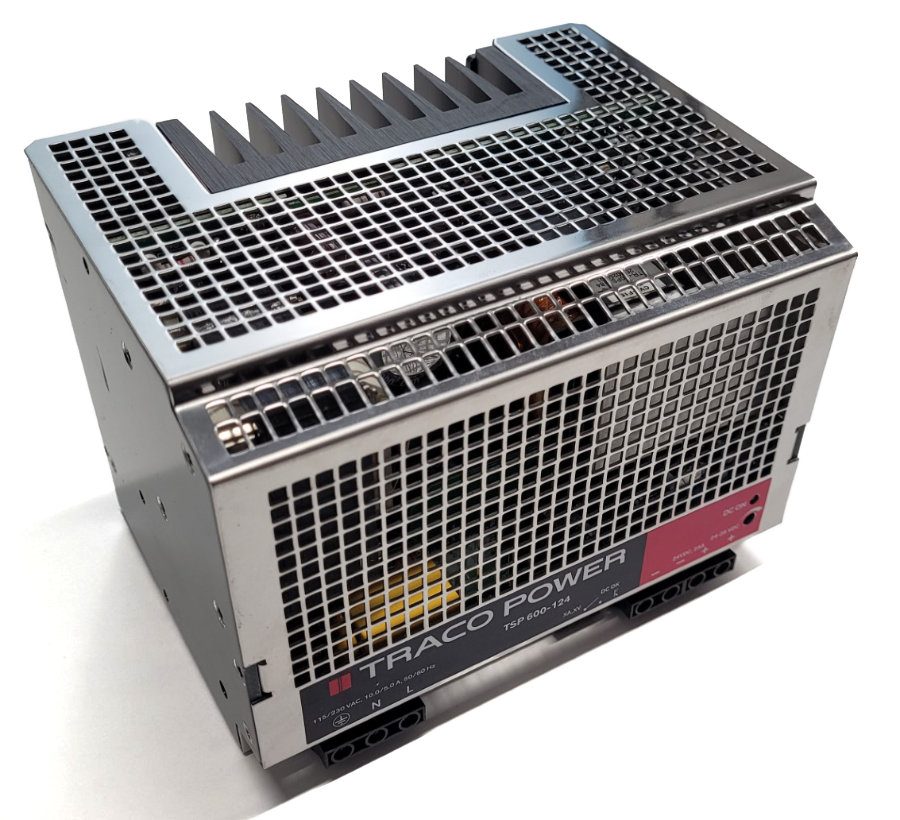 A flyback converter is a type of isolated power converter. It can be thought of as a buck-boost converter with the inductor split to form a transformer. The basic schematic is shown in Figure 2.

Figure 2. Schematic of a basic flyback converter, with no feedback. Transformer T1 is usually called a "mutually coupled inductor".

Flyback converters are unique in the fact that they use the transformer as both a transformer (to provide voltage/current conversion and isolation) and inductor (for storage of energy in it’s magnetic field). All other isolating SMPSs only use the transformer for voltage/current conversion and isolation, and require a separate inductor on the secondary side for performing the buck/boost regulation. The flyback converter to the most used isolating SMPS topology used[1].

The output voltage is given by Eq \(\ref{eq:vout-vin-flyback}\).

Without feedback, regulation for a flyback converter can be as good a 5-10% (assuming the input voltage is known and constant). If you need tighter precision of the output voltage, or if the input voltage varies wildly, you will need to add feedback.

The TL431 precision shunt voltage reference in tandem with an optocoupler is a popular way of providing feedback from the secondary side back to a flyback converter. As shown in Figure 3, it’s REF pin is connected via resistor divider to \(V_{OUT}\), and it sinks as much current through the optocoupler’s LED to keep \(V_{REF}\) at \(2.5V\), hence providing just enough feedback drive to regulate the output voltage.

Figure 3. Schematic of a flyback regulator with optocoupler-based feedback. The TL431 plays a pivotal role in the feedback loop, essentially sinking as much current through the LED of the optocoupler to keep it’s REF voltage at 2.5V (which is a proportion of the output voltage). Compensation components have been omitted for brevity.