The Wheatstone bridge (a.k.a. resistance bridge) is a circuit consisting of four resistive components. It has the benefit of being able to perform accurate measurements of resistance. Figure 1 shows the basic schematic. 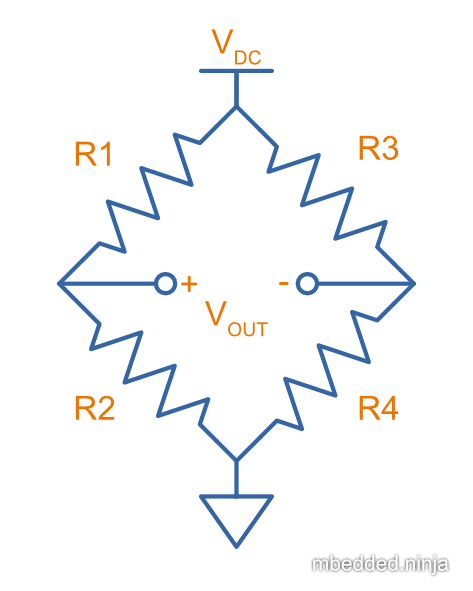 Figure 1. The basic schematic of a Wheatstone bridge (resistance bridge).

\(Eq.\ \ref{eq-wheatstone-general}\) is the general equation for the Wheatstone bridge.

The output voltage (and consequentially, output current) is 0 when both of the "legs" of the bridge are balanced. That is: 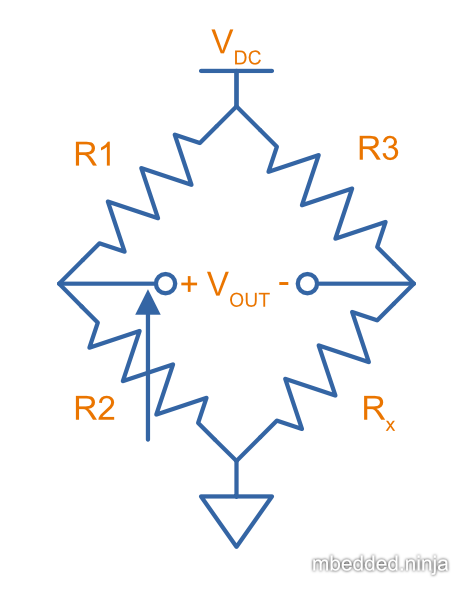 In the scenario shown in Figure 2, the unknown resistance \(R_x\) can be found with:

2. Benefits Over A Simple Resistor Divider

The Wheatstone bridge was invented by Samuel Hunter Christie in 1833, but got it’s name from Sir Charles Wheatstone, who improved and popularized the circuit in 1843[1].